Menu
Your Cart
We are looking for dealers and distributors. Click For Registration.

A Real Story of People who live in Sivagangai District, Tamil Nadu

I heard a pathetic story from one of my buyer who is constructing a house at Sivagangai District.

There is a place called Pudur Village in Ilayangudi Taluk of Sivagangai District. People there, are still facing lot of difficulties with regard to water facility. We all know how water is essential for our life. People who live there are not supposed dig borewell. It is a place where Muslims are living and they create the facilities on their own. There is a mosque and the admins of the mosque generate common funds and dig borewells and store the water in a common tank.

From the common tank, water is being supplied to almost 500 houses in the village. Water is equally distributed to all families.

Our buyer had lot of concerns to store the water on time and he was very particular not to waste the precious water.

First of all, if they had to construct a house, they have to first construct a storage tank. The measurements of the tank must be constructed according to the rules and regulations of the village as everybody should get equal amount of water.

His requirement was to monitor the levels of both tanks in a single device.

Listening to his condition, I suggested him Water level Indicator with high and low level alarm- wired type.

Like this, with minimum budget, we suggested him a solution and he was completely happy with our product.

Our specialty is to listen the requirements, pains and sufferings of the fellow men and give them a prompt solution. Buyer was also co-operative while in discussion. Togetherness resolved his problem. 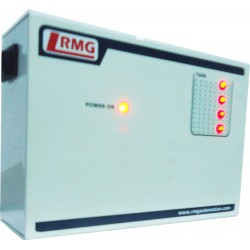 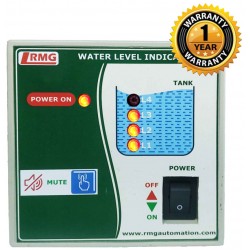 New Hot -20 %
Water Level Indicator with Tank Full & Tank Empty Alarm
It Indicates the level of water or liquid in the tank. It gives two different buzzer Alarms when tank is empty and tank is full. This Alarm helps to s..
Rs. 799.00 Rs. 999.00
Add to Cart
Add to Wish List Compare this Product
Buy Now Question